Still Sealed / New & Unplayed * Monk, considered one of the greatest Jazz pianists of all time, recorded Underground in ’67-’68. It’s the last recording with the Thelonious Monk Quartet. What makes Underground special is that unlike his other Columbia recordings, four out of the seven songs were newly composed and recorded. Not to mention its striking cover artwork, which depicts Monk as a French Resistance member in a particularly messy attic. 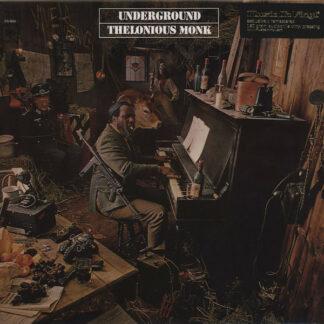