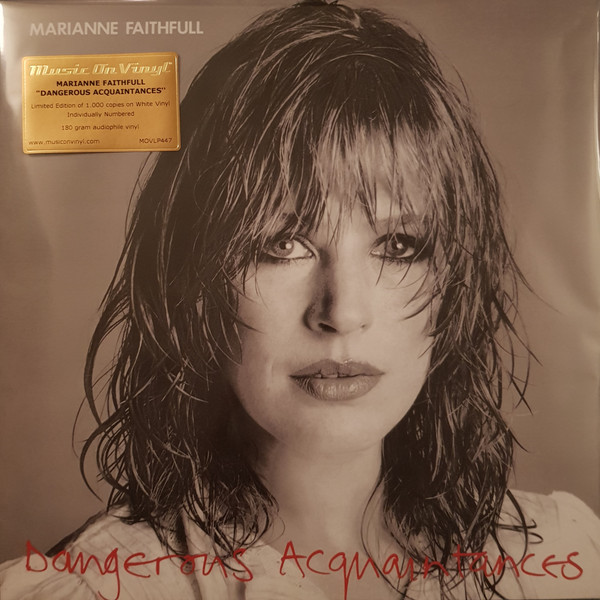 ’60s icon Marianne Faithfull released her commercial album Dangerous Acquaintances in 1981. The album, whose title refers to the French novel Les Liaisons Dangereuses contains amongst others the song „For Beauty’s Sake“, which she co-wrote with Steve Winwood. She moved back to the mainstream rock territory and released some incredible tracks, like “Truth, Bitter Truth” and “So Sad”.